Most of the complaints about online casinos are due to the fact that users either do not read the conditions of the establishment, or misjudge its status and expect more than the resource can give (online casinos ranking). The fraud, which can be confirmed and punished, is a rare occurrence: even a straightforward scam lurks very well in legal loopholes. In this material we will try to teach you to see the «beacons», allowing you to make an impression of a gambling house and more objectively assess whether it is worth trusting.

The first thing that all industry professionals advise to pay attention to when choosing a casino is the license. From this point of view, operators are divided into 3 groups: licensed, with Curacao license (purely formal document) and without license. However, even here everything is not as plain as it seems at first sight. The most reliable licenses are those issued by MGA (Malta Gaming Authority), UK (United Kingdom) Gambling Commission, HM Government Gibraltar.

However, we have seen establishments that have these licenses, but have a policy of building relationships with the client so that the client is almost always in a losing position. This is done through Terms and Conditions, wherein it is precscribed that, say, the resource is offered to work with on «as is» basis (no claims against the service provider) or long term claims processing, and the interpretation of the results based on these servers, rather than in the interface of your desktop/mobile device.

Such rules are introduced by the regulator itself to prevent gamblers from cheating. However, they allow dishonest providers to deceive their clients. Cyprus, Canada (Kahnawake Gaming Commission), Ireland (Republic of Ireland’s Regulatory Bodies) and a number of other regions also issue official permits for gambling activities. Curaсao stands apart from them, issuing not the license itself, but permits for regulatory activities in a particular territory. The permits obtained there are called Curacao eGaming Master Licenses and are less trusted than the documents listed above. This is because the provider has poor control over its licensees/sub-licensees and does not maintain an official public register where their status could be checked. 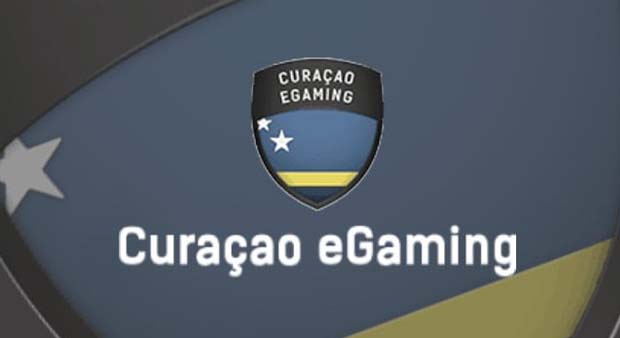 As a result, a huge number of sites with links to sublicenses under the same serial number 8048/JAZ appeared on the internet: Cadoola, BoaBoa, JoyCasino, MalinaCasino, Wazamba, Azino777, etc. Some of them, according to reviews and a number of indirect signs (policies, software, functionality), we would not call dishonest, while others cause suspicion. In other words, one of the operators simply saves money on the document, but it does not mean that it necessarily deceives the players, and some other really hides behind fake papers so that you can’t see his intentions right away.

There are establishments without any license at all out there. First of all, such are all kinds of copies under the brand name Vulkan: «Vulkan Mega», «Vulkan Platinum», «Vulkan 24» and so on. The consultants of the site, of course, say that they have a permission (the site even redirects you to a fake page), but they cannot show it (or even name the region of receiving the document, i.e. the jurisdiction) «for security reasons». Here, in almost all cases, we have observed other signs of fraud as well: excessive requirements of the bonus policy and user agreement, pirated software copies, etc. It turns out that the license itself is a sign of the official status, but it does not always speak of honesty and decency. Thus, the refusal of the provider to give a reference to a document or its number confirmed by the registry is a guarantee of its offshore status and almost certainly a sign of dishonesty.

Why is it important to read reviews on casinos

The next step in evaluating an establishment is to read reviews on it, and here it’s important to keep two things in mind:

After all, both positive and negative opinions can be the result of a publicity campaign of the institution itself or its competitors. Over time, if you regularly read reviews, you will learn to «separate wheat from chaff» even by how a post is written, but at first it is recommendable to look for top forums, not review aggregators, as they are usually frequented by real gamblers who don’t hesitate to express their opinion on certain resources.

The bonus policy clearly demonstrates the attitude of the administration of online casinos towards their audience (types of bonuses in casinos). Here we suggest that you pay attention to the bonus-winning conditions. Whatever you may get gifted, be it free spins on the slots, cashback on the account or access to the tournament, the earnings received during the promotional period will have to be wagered: you will need increase your balance by a certain number of times (the number is the so-called «wager», or coefficient: x25, x30, x40, x60) or make a minimum number of bets (freespins). The tougher the requirement, the harder it is to meet and the more likely it is that you will have to invest a lot of your money. And it is also not possible to meet the deadline.

Failure to meet the bonus requirements will result in the gift being taken away, and all losses will be deducted from your balance. Let’s give an example: at Villento Casino, after receiving 100% of your first deposit, you must wager it with an x60 coefficient. That is, after depositing 100$ and receiving another 100$ as a gift (200$ in total), you will have to reach the balance of 12 000$ (200$ x 60). All this on bets no more than 10$, which limits you opportunities. In addition, you are restricted in time. It’s not hard to guess that your chances are low. The provider gets all the money you’ve wasted, and the bonus is nullified. Most professional players have long ago stopped using starter packages precisely because of wagering being a thing. 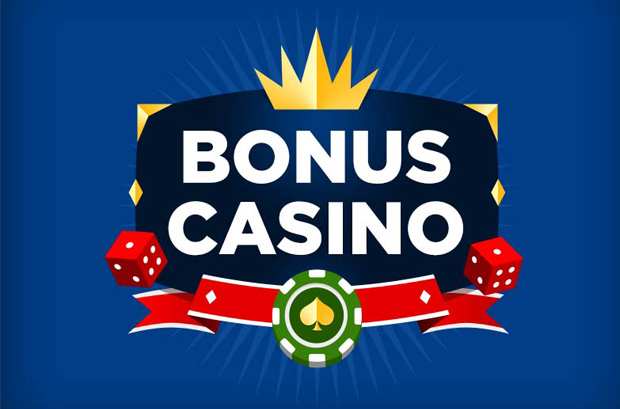 The choice of games is another criterion for understanding the integrity of the provider. It would seem that there is no connection between these two characteristics. However, the more providers of software presented in the casino collection, the more likely its official status (game developers). We’ll explain why. A while ago, the products of Microgaming (the most popular game software developer at the moment) began to spread in the network millions of copies and therefore no longer could be thought of as a guarantee of the seriousness of the online club. The same was true for several other developers, but to a lesser extent. Accordingly, today the presence in the library of the club of only a couple of names causes suspicion, while a large list already speaks about seriousness, as making contracts involves the presence of strict requirements from developers.

It is important that the software be really licensed. You can check it with open test results of the games posted on the site of the online club. Are there no games on the list? That means they are unlicensed. Often, in order to save money, casino owners buy only individual original products, and the rest of the content is taken from the pirates. Visitor to the site sees the official document, but not always checks the number of items in it with the list in the library. Therefore, if you want to be sure of the reliability of slots, card, table and live entertainments, be meticulous. After all, copies are not so difficult to set up for your loss. 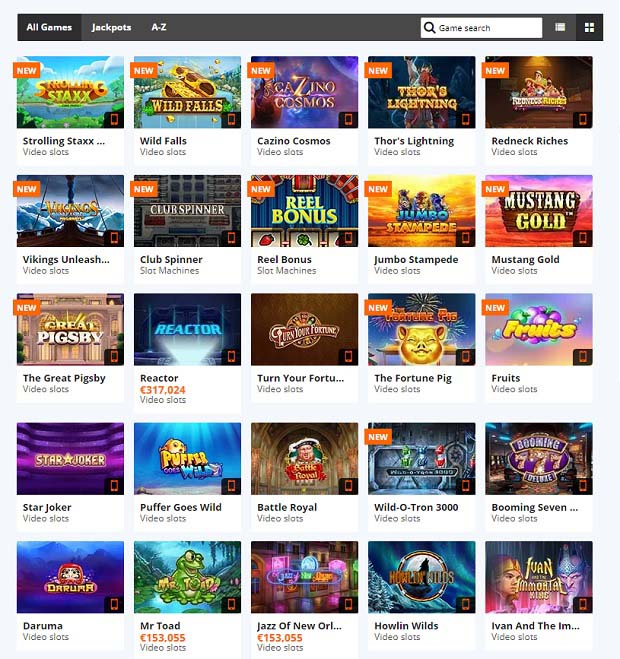 Unfortunately, this criterion only works through negative experience, your own or of another gamblers. Comments and opinions of other users will reduce the risk of getting tricked. The most common situations where the club cheats the player when withdrawing funds:

From the foregoing, it can be concluded that, to assess the casino in respect of payments, you can read not only posts on forums and reviews, but also official documents. The presence of certain wording will say much more and save from the subjectivity of pissed off players or advertising/ads.

Based on a multitude of criteria, we have compiled our own ranking, which, hopefully, will help you orientate yourselves in the gambling world and choose a place to your own taste. We will not assign places, but just highlight a few groups. We will call them reliable, relatively reliable, suspicious and outright dangerous.

The reliable ones we know of are: 21Casino, 888 Casino, AstralBet, Betsson, CasinoCom, Casumo Casino, Energy Casino, Guts, PartyCasino, Casimba, Play Fortuna, YoYoCasino and William Hill (although the latter in terms of game diversity loses to all previous ones significantly). They are distinguishable by European licenses (Malta, UK, Cyprus), wide choice of game products from different developers (both the most popular and little known), good reputation among the user audience, relatively loyal bonus program terms (wagers up to x35) and contracts. 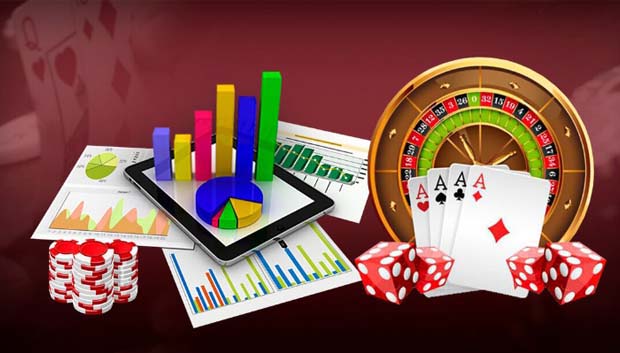 The ones we found to be suspicious: 1XSlots, 10Bet Casino, 32Red, Betchan (not to be confused with BetChain, although the names are really similar), Betway Casino, Blackjack Ballroom, Captain Cooks Casino, Dunder Casino, Gaming Club, Golden Tiger Casino, Grand Hotel Casino, Luxury Casino, Quatro Casino, Royal Panda, Royal Vegas, Sloty Online Casino, The Hippodrome Online Casino, Villento, Wintingo, Yukon Gold Casino, Azino777. It should be noted that the list includes establishments licensed by MGA or UK, which, in general, does not prevent the creation of conditions that are harmful for the player. Now finally, the outright dangerous ones, and the honour hoes to all establishments under the brand of «Vulkan». Despite the fact that they position themselves as different institutions with different managers, many features are similar, and the policy of interaction with clients shows neglect to the interests of the latter. 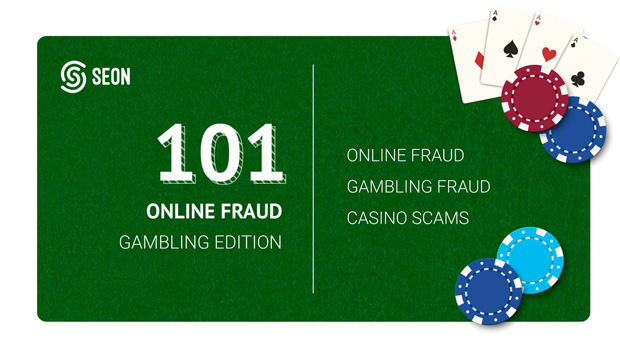 For a better understanding of whether it is worth registering in a casino, in our subjective opinion, it is reasonable to assess a number of factors:

One way or another, always start with small amounts and do not rush to increase capital: this is how trusting clients are usually trapped (not only by bonuses, but also by recommendations from «experts»).